Congratulations to Brook Andrew who has been appointed Artistic Director of the 22nd Biennale of Sydney to be held in 2020.

A participant in the 2018 and 2010 biennales of Sydney, Brook Andrew will draw on curatorial experiences including his groundbreaking TABOO exhibition at Museum of Contemporary Art in 2012.

His distinguished 25-year career was recognised with a large-scale exhibition The Right to Offend is Sacred at the National Gallery of Victoria in 2017 and he is currently concluding a three-year-long Australian Research Council grant, Representation, Remembrance and the Memorial. This project responds to calls for a national memorial to Aboriginal loss during the Frontier Wars, a series of conflicts between Indigenous Australians and European settlers from 1788 to the 1930s.

Speaking to The Australian, Brook Andrew said he “doesn’t plan to include his own art at the 2020 biennale, saying he would be making a statement of sorts as artistic director instead. He will seek out artists and collections both locally and abroad, looking to present an exhibition that offers a snapshot of the world from an Australian perspective. He’s particularly interested in peripheral perspectives, or ‘ideas on the edge’. ‘I’m going to move the edge to the centre,’ he said.”

Brook Andrew has been represented by Tolarno Galleries since 2007. Read more at the Biennale of Sydney. 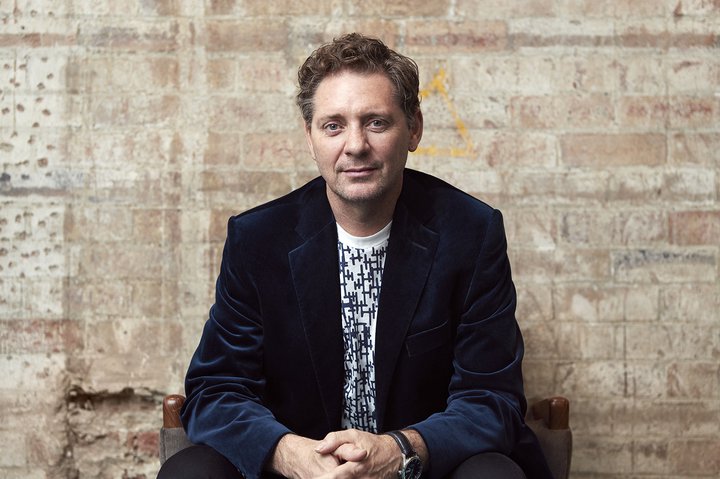