An exhibition of new paintings and prints. 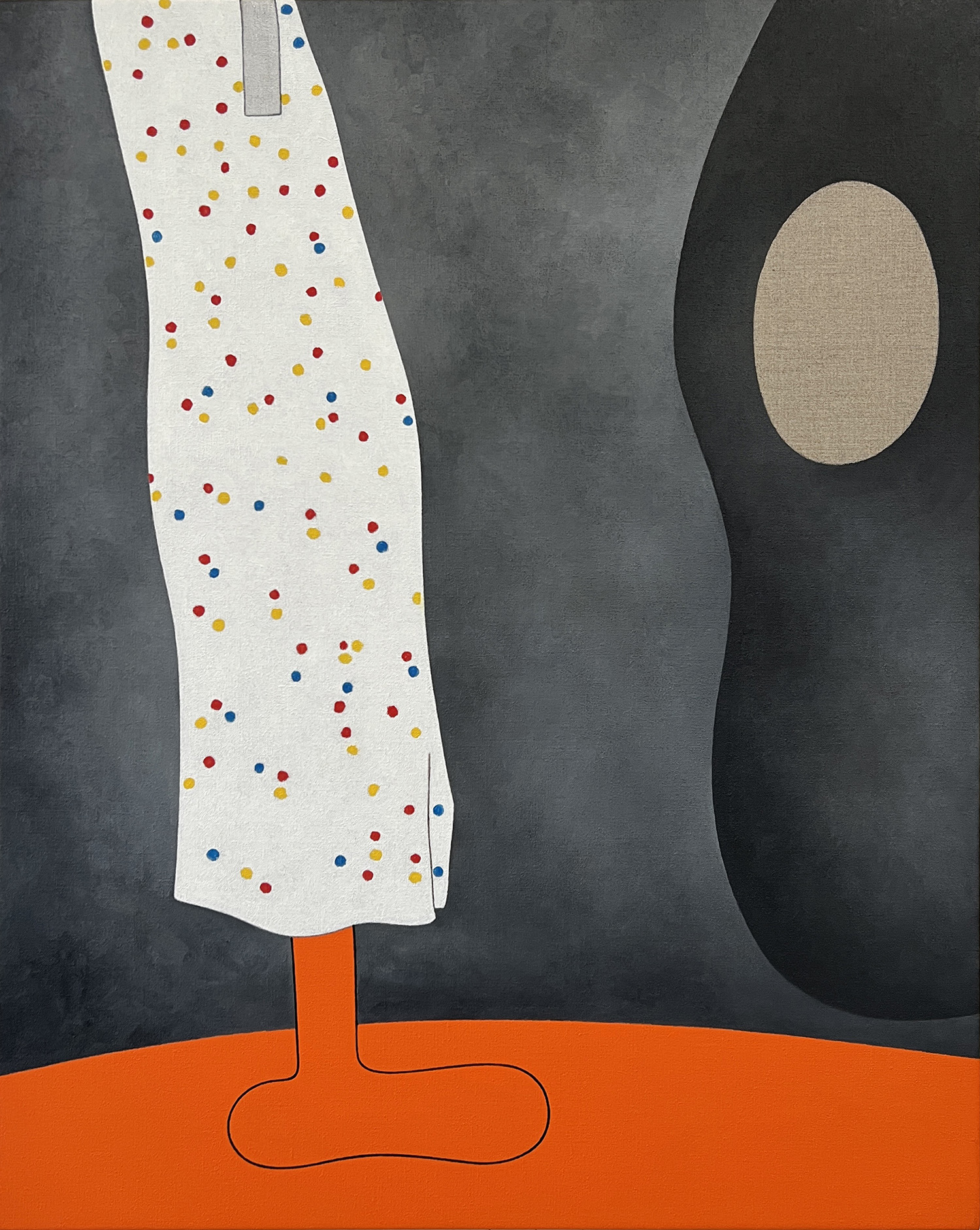 A solo exhibition with hand-printed and embroidered linens, accompanied by a floorwork made from sherbert-filled straws.

Food is the catalyst Elizabeth Willing uses to translate the ineffable body, to reflect on the performance of eating, and facilitate multisensory experiences. 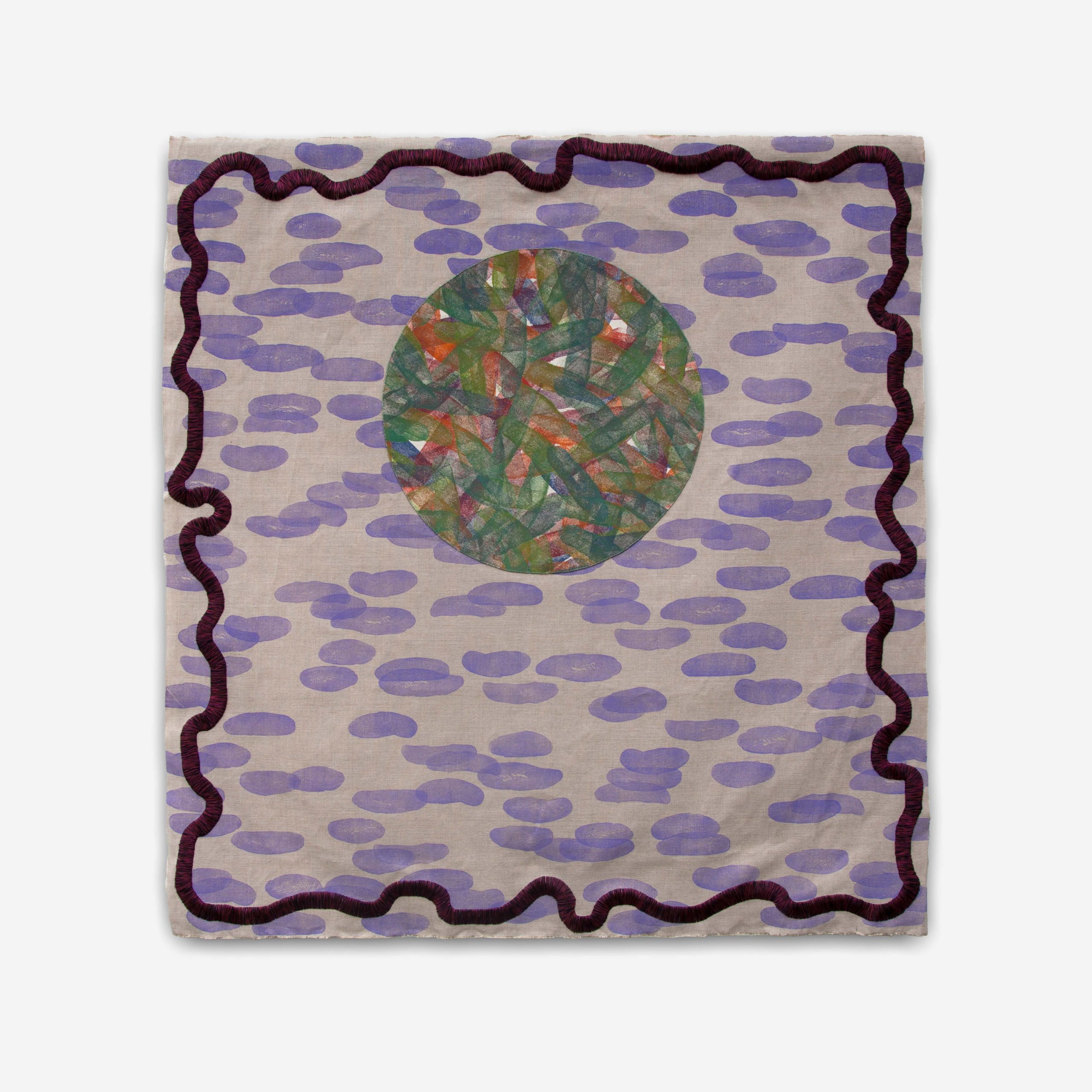 Part of the PHOTO 2022 international festival of photography exhibition program.

Images have a powerful way of revealing connections between disparate histories and experiences. redux is an exhibition that assembles, re-assembles and sequences parallel and divergent narratives, curating archival and recent photographs in a way that evokes a pictorial and studied chronology. History repeats itself and redux shows how we are implicated in those cycles.

The ecological destruction portrayed in many of the images is an uncanny reminder of our current global and environmental impacts and contrasts acutely with intact rainforest ecologies shown alongside them. It is a reminder as well of the often-violent displacement of Aboriginal people and knowledge systems, with civilising enterprise failing to acknowledge the value of cultural systems embedded in story, Dreaming and Country.

Selected images are printed on highly polished surfaces, the viewer reflected and brought into the work as witness to changes that unfolded in and on our landscapes. redux aligns the splintered narratives of past and present experience into a compelling arrangement of large and intimately scaled photographic works. – Danie Mellor 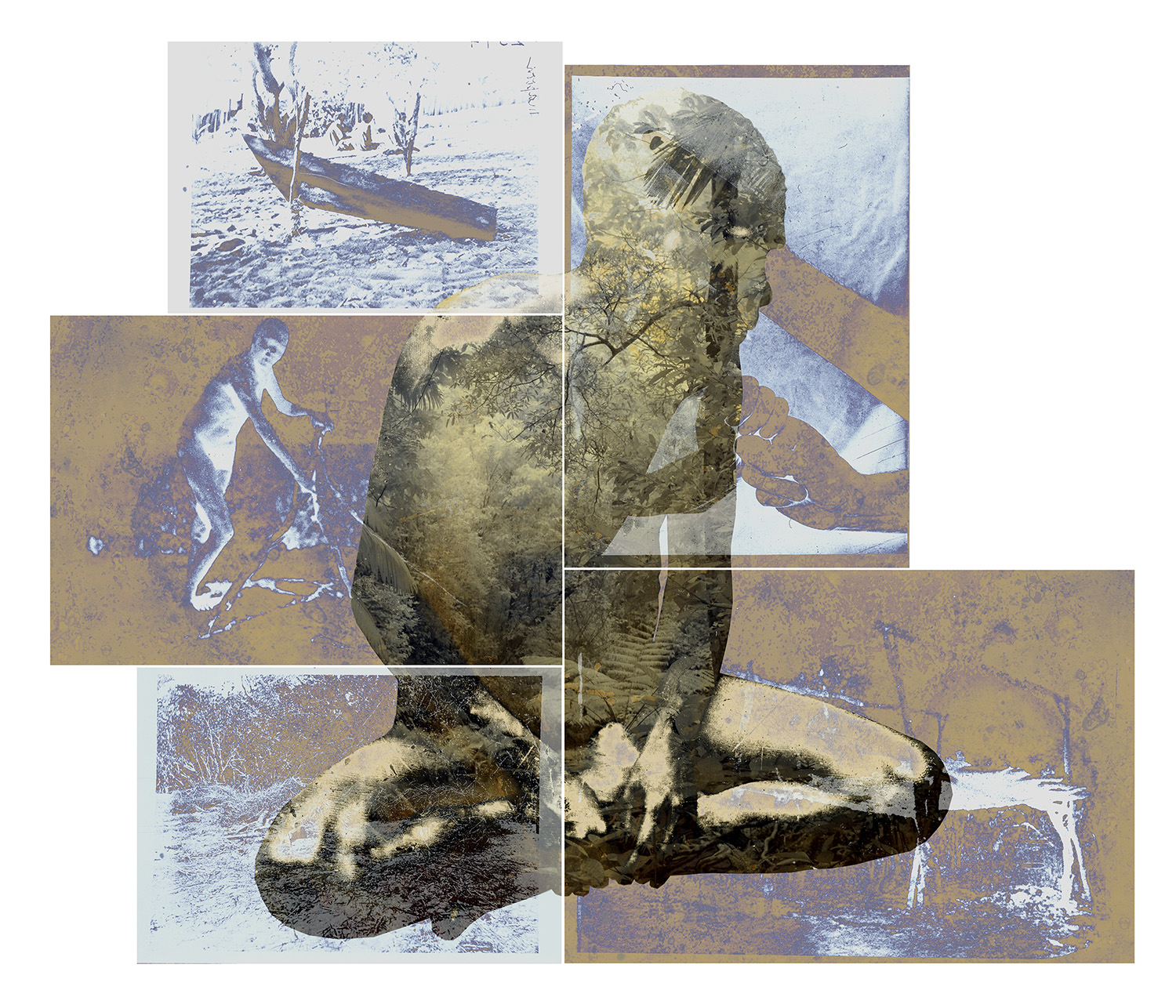 Part of the Melbourne Design Week program, 17 – 27 March 2022, an initiative of the Victorian Government in collaboration with the National Gallery of Victoria.

A&A is industrial designer and Rigg Prize-winner Adam Goodrum and straw marquetry artisan Arthur Seigneur. Their latest collaboration is the Mother and Child cabinet, exploring the dual definitions of emergence – as processes that make something visible after being concealed, or to bring something into existence.

The former finds expression in the opening of the cabinet, in the disruption of the undulating form to reveal the recognisable figures of a mother and child. The latter through the symbolism of the lines in the closed form representing a continuum of energy, which is transferred to the mother and child making their existence possible. The space in between, the opening of the cabinet by the viewer, enacts the mystery of this process, evoking palpable surprise and wonder.

This piece is a departure from the riot of colour usually present in their work, as seen in their debut exhibition Exquisite Corpse at MDW 2020. The concentric lines are amplified, accentuating form, while the properties of straw direction create a spectrum of tone and texture within the confines of black and white. The use of graphic, vivid contrast and emergence processes echoes the sensibilities and metamorphosis theme in the work of M.C. Escher and a shared love of visual puzzles. 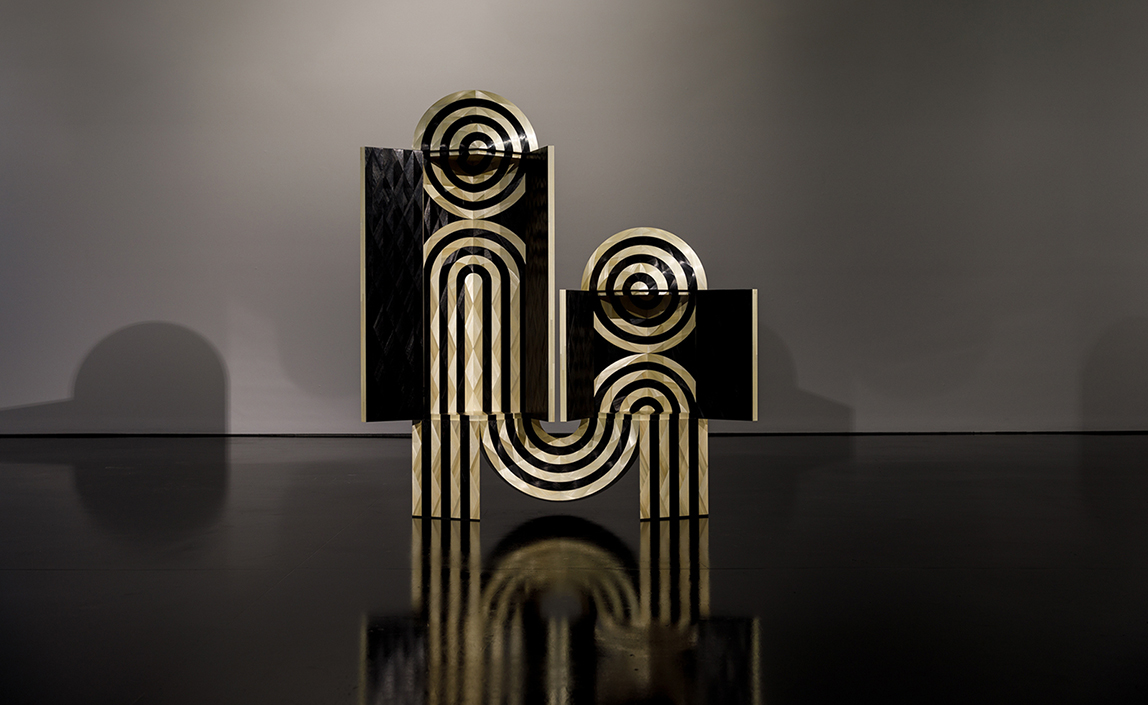 Pictures for Thinking has a wide breath of subjects: light, body, history, time, and measurement. Combinations of these subjects are used to elicit insights or to raise questions. In Bones III (pictured) penetrating light becomes the source illuminating the shared structures of our varied bodies.

The making of these artworks is akin to a chemical spill. It is an accident with an unpredictable result, but one in which chance and intuition coalesce. The entangled methodologies that bring these pictures to fruition include, in no particular order or hierarchy, the conventional mediums of print, drawing and painting. 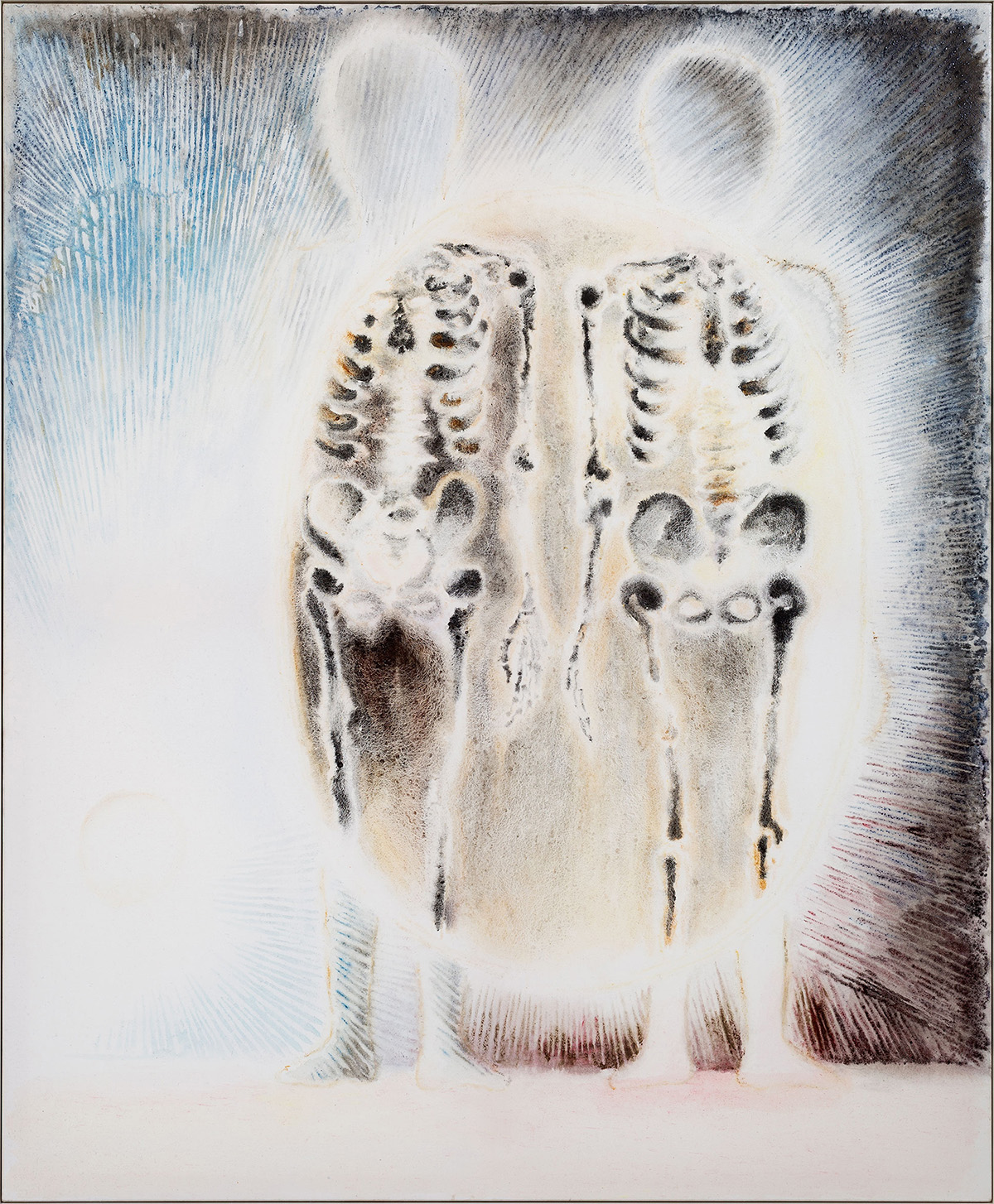