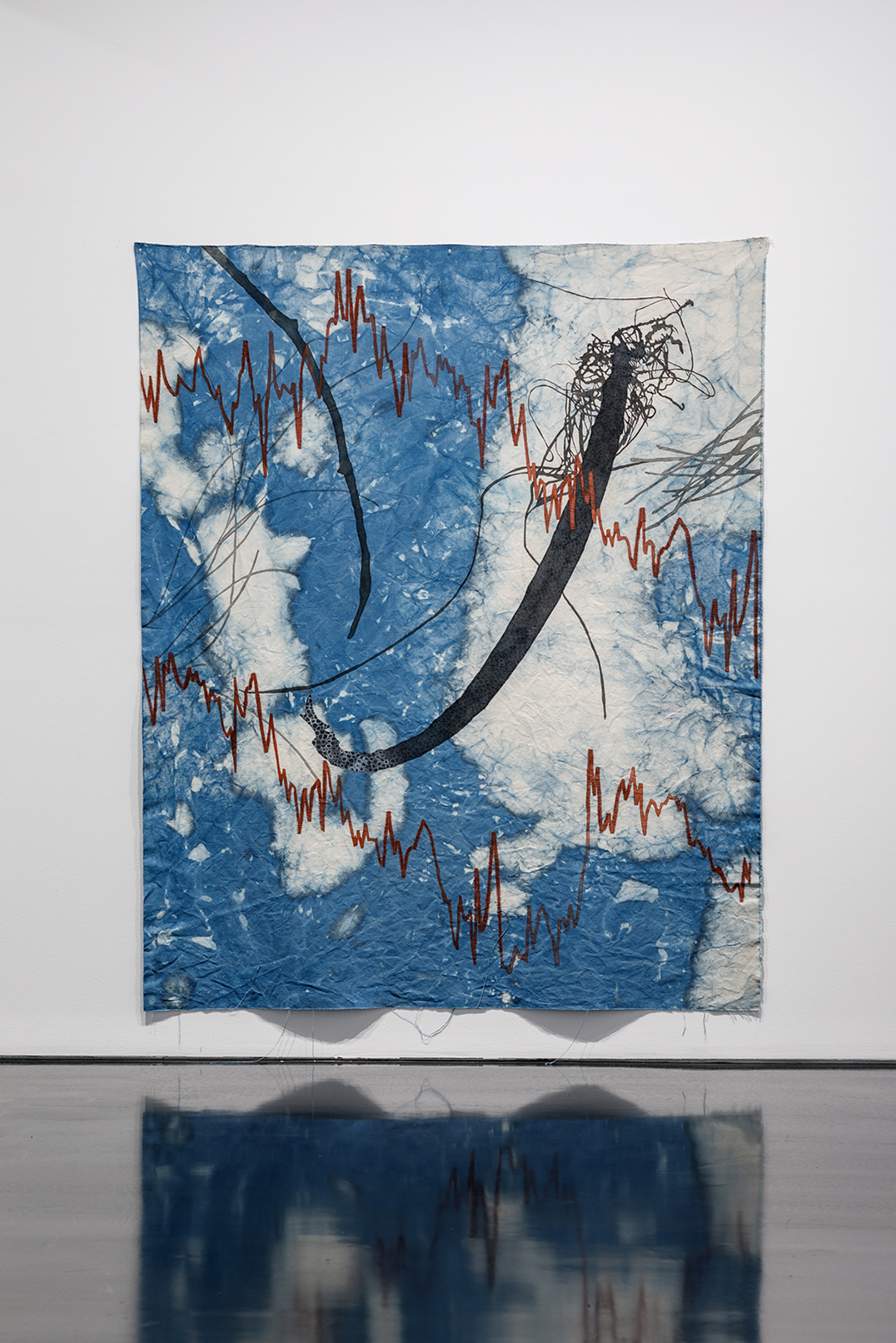 memory scar, grevillea, mangrove pod (& net) (2020), pictured, first exhibited at Tolarno Galleries in 2020, is one of Watson’s most significant recent works. Whereas much of her practice engages with collections and archives, this painting is distinguished by its origins in the artist’s lived experience. Visually, it exemplifies Watson’s unique approach to building layered compositions on unstretched canvas by combining washes of pigment, transposed motifs and other forms of mark making – in this case intricately stitched line work that refers to scarring as a sign of trauma, but also of repair. Watson made this painting during the first wave of the COVID-19 pandemic. The organic materials were gathered from her garden and on walks. The red lines, meanwhile, are based on a graph that was circulating in news media showing the effect of Australia’s economic recession on household savings.

The jointly acquired artworks by Mabel Juli, Noŋgirrŋa Marawili, Judy Watson and Yhonnie Scarce, will soon go on display for the first time at Tate Modern in London as part of their expanded rehang of the acclaimed collection exhibition A Year in Art: Australia 1992.

Gallery closed due to restoration works – reopening in July

Tolarno Galleries is closed until mid-July as restoration works continue in the building.

Judy Watson in conversation at NGA

Watch Judy Watson & Helen Johnson in conversation during Reconciliation Week at the National Gallery of Australia, talking about their exhibition the red thread of history, loose ends. Watson and Johnson each developed new works that explore complex and varied perspectives on colonisation, with an emphasis on the experience of women.

Judy Watson & Helen Johnson: the red thread of history, loose ends is a Know My Name project and part of The Balnaves Contemporary Series.

The exhibition will tour to Monash University Museum of Art (MUMA) in Naarm/Melbourne 10 September – 12 November 2022.